Summer is upon us and everyone wants to go camping. To celebrate the excitement of the season, we have created an assembly of Facebook covers that feature camping images.

The covers are already sized to fit the Facebook cover page perfectly, all that needs to be done is download the cover of choice and upload to page. Download the cover file to your Desktop for easy retrieval and then go to the page that needs a new cover and hover over the current cover. An option will pop up to change the image out called “Change Cover” click on that and select the camping Facebook covers image from the desktop.

Hope you enjoyed the camping Facebook covers! Have some camping stories of your own? Share them in the comments below:

Jophiel Silvestrone has written 210 posts in the Tech Blog.

Jophiel grew up on a ranch in Paradise Valley, Montana near Chico Hot Springs. Working on the ranch instilled work ethic and self motivation. Filled with this drive, Jophiel started mowing the local school's yards twice a month throughout the summers, at the age of 12. He moved to Billings in 2004, where he has been deeply involved in the local business community ever since. A serial entrepreneur, Jophiel has ran multiple businesses in our local community. The first business, a janitorial and carpet cleaning company, founded in 2005, has employed over 50 locals. Moving on to the media industry, Jophiel and several partners founded Green Directory Montana in the spring of 2007. Green Directory's sustainability ranking software awarded points based on sustainable or "green" actions. These points counted towards a business's total "Green Score," which in turn ranked them against other businesses in their category and throughout the entire site. It also featured a limited edition print version distributed annually. A business acquisition allowed Jophiel to focus on new projects, and a few close business colleagues and Jophiel started Rocky Mountain Mr. & Ms. Magazine, a lifestyle publication for men and women in the Magic City. After a year and a half at the helm of RM3 Magazine, the business was purchased. He now runs a web development company SkyPoint Studios and fathers his son Jaoquin, who plays football, basketball, soccer, and is learning snowboarding from his dad. Recently, has expanded to locations in Havasu, Arizona & Vegas. SkyPoint Studios is a market leader in both Billings & Havasu and Jophiel is working on building that same level of market dominance in Vegas. Specialties: Extensive experience in online and offline business. Especially savvy at WordPress, and operate several sites, one example is the blog: skypointwebdesignbillingsmontana.com/tech-blog. Check out skypointwebdesignbillingsmontana.com for the latest projects from SkyPoint Studios.

5 Creative Ways to Use LinkedIn 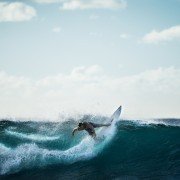 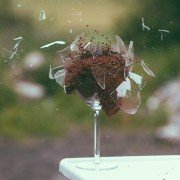 Want to join the discussion?
Feel free to contribute!

This site uses Akismet to reduce spam. Learn how your comment data is processed.

PayPal Secret Helps Get You Paid
Scroll to top